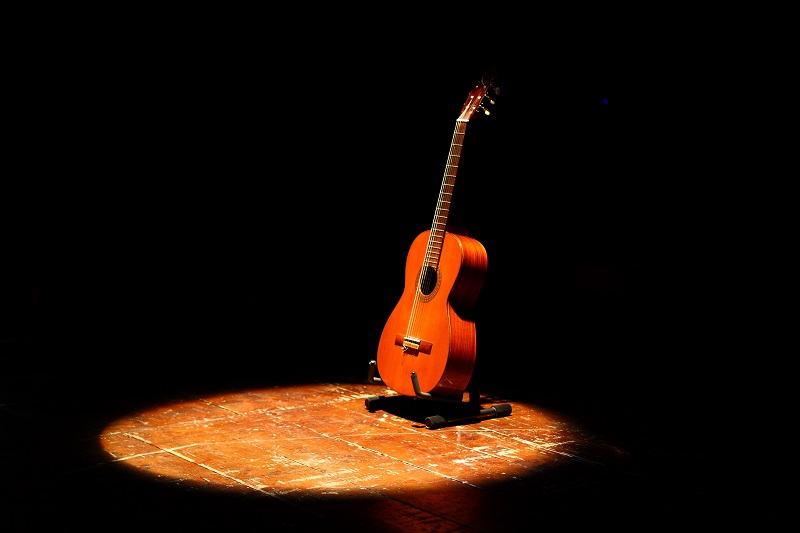 In the late 1950s, in a residential district in Genoa called Foce, which could be defined as “magical”, close to the seaside, on the benches close to the Aurora cinema in Via Cecchi or at the tables of Bar Igea in Corso Torino, a generation of young, talented artists was on the verge of revolutionising Italian music. They were a group of friends writing songs, poems and music whose names are Gian Franco and Gian Piero Reverberi, Giorgio Calabrese, Luigi Tenco, Bruno Lauzi, Gino Paoli, Umberto Bindi, Fabrizio De André. They wrote brilliant, innovative lyrics by replacing common words and Italian melodies with words that were different and more truthful. Though they breathed the same art, yet each of them is unique and inimitable.

Only a few years later, summoned to Milan by the Reverberi brothers, the age-old friends who felt too lonely and had decided to play some real music, those young artists met Nanni Ricordi, an unrivalled talent scout in Italy, who would open the doors to success and fame for them. They went down in history as the “Genoese school” of Italian songwriting.
Their adventure started in that moment, after leaving Genoa, to which they would go back at different times. They embarked on artistic and human journeys which made our city renowned all over the world for producing talents.
To those who wonder why this happened in Genoa we can say that our city was the arrival point of – legally or not – imported American music, from jazz to swing, and French music with Brassens and Brel, who inspired De André and Paoli in particular.

Giorgio Calabrese, a lyricist born in 1929, claimed: «The Genoese school does not exist, nor has it ever existed. We were a group of friends put together by Natalino Otto, who was the leader, sort of, then the oldest members, that was me, Umberto Bindi and Franco Reverberi, Gino Paoli, Bruno Lauzi, Luigi Tenco, then Fabrizio De André who had been born in 1940 and was the youngest of all. We shared the same tastes, the same ways of seeing and listening to music. Because Genoa isn’t a metropolis, it’s actually quite tiny, it often happens that those who have the same aspirations “smell” each other like truffle dogs, as we used to say in the past…»

The great Genoese composer Gian Piero Reverberi made a significant statement about one of the most intense moments in music history that turned Genoa into a city of singers and song-writers and poets: «We just wanted to listen to lots of music. We listened to French authors, who produced brilliant lyrics, they were actual poets. Fabrizio De André had a huge knowledge of poets and you could feel that his way of writing was poetic. We also listened to American authors. Giorgio Calabrese, who was older than us, knew a lot about their way of writing and about the translation of the lyrics. In this situation of excitement and curiosity, whenever you wrote you would never come up with anything stupid. Rather, you were trying to reach that level».

Today the “Genoese school” has a home which could not be situated in any other place than via del Campo, the alley that provided the title for one of De André’s most famous songs. Called Viadelcampo29rosso, it is a store/museum the entrance to which is free of charge. It exposes original LPs, photos, books, posters, old magazines, multimedia installation, curiosities and different objects that can be seen, among which the legendary Esteve ’97, Fabrizio De André’s guitar, which was put up for auction by his family to raise funds for Emergency. It was obtained by a group called Via del Campo, which gathered an incredible number of people.

Starting from via del Campo (an area where traditionally trade of goods was mixed with the “business” – bordering on the illegal – of the prostitutes described by De André), music and poetry fans willing to get to know Genoa, its history and traditions, can take part in guided tours as “full immersion” experiences in the city’s historical centre, between reality and imagination. By reading the lyrics of De André and his contemporaries, one can discover the heart of Genoa, its most authentic traits which draw attention to the “closed” personality of its inhabitants.

One can move among the tangle of alleys where “the good Lord does not give His sunbeams”, between Via del Campo and the modern piazza De Ferrari, two opposite poles of the old city figuratively representing the Genoa of the working class and that of the upper class. In the small square in front of the museum a slate monument was placed in memory of Fabrizio in 2001, quoting the final lines of his song Via del Campo “nothing is created from diamonds, flowers are created from manure…”.

Among perfumes and fragrances that you can smell as you walk around Sottoripa, among historical groceries and fish and chips shops you can taste “A Cimma” (the traditional dish to which De André dedicated a song in the local dialect). You can also improve the knowledge of Genoese, a language which achieved this status thanks to Faber, who decided to write one of his best albums “Creuza de ma” in the local language.

If you walk past the Aquarium, where you can find “Via al Mare Fabrizio De André”, the path continues with sharp – even architectural – contrasts toward Piazza De Ferrari, and only a few steps from there toward Vico Carabaghe, an area famous for brothels: it seems that it was in one of these buildings that Gino Paoli found the inspiration to describe poetically the purple ceiling of ‘Il cielo in una stanza”. And for those who can continue the journey we recommend a visit to Boccadasse, an evocative seaside resort where time seems to have stopped and Paoli lived for a while in an attic overlooking the sea. Ciacola, the protagonist of “La gatta”, lived there.

click me
Previous Curiosity Next
Routes
History of Genoa