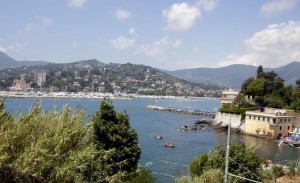 The curves and meanders of the Aurelia road unwinding uphill and downhill lead into the Tigullio gulf to Rapallo, the origins of which date back to 700 BC. Today the small town seems to be divided between the devastating urbanisation from the 1970s, greedy of second houses for tourists from Milan, and its mediaeval part concentrated in its so-called “borough”. Here we can find the beautiful Santo Stefano church in the road of the same name dating back to 1155. Overlooking the seaside on a rock at the beginning of the Vittorio Emanuele promenade rises the 16th century castle, built as a bulwark against attacks coming from barbarian pirates. Inside it is a chapel devoted to San Gaetano built in 1688. South of the borough we can find the so-called Hannibal Bridge, built in the late Middle Ages, though in Romanesque style. 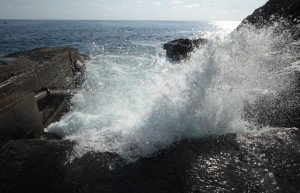 Zoagli is situated between Rapallo and Chiavari, enclosed in a hollow at the mouth of the Semorile stream. From its promenade set among the rocks it offers a wide view of the Tigullio gulf. In the 19th century it was already a tourist centre appreciated by illustrious people such as Friedrich Nietzsche and Ezra Pound, the writer Sem Benelli and the painter Vasilij Kandinskij. On the side of the Castello mount which dominates the borough, lies the harmonious 16th century Madonna delle Grazie sanctuary, a small church leaning on the seaside. It boasts an articulated cycle of 16th century frescoes. But the first thing one notices when in Zoagli is a strange castle, something between a villa and a mediaeval fortress… It is the Sem Benelli castle, the author of The Jesters’ Dinner. In the early 1900’s Benelli relied too much on the success he obtained. He decided to build this odd villa but wasted a fortune… His finances could not cope with the huge expenses and before he was even able to set foot in the castle, the building was soldand the author had to move to an annexe that had been built for the custodians.