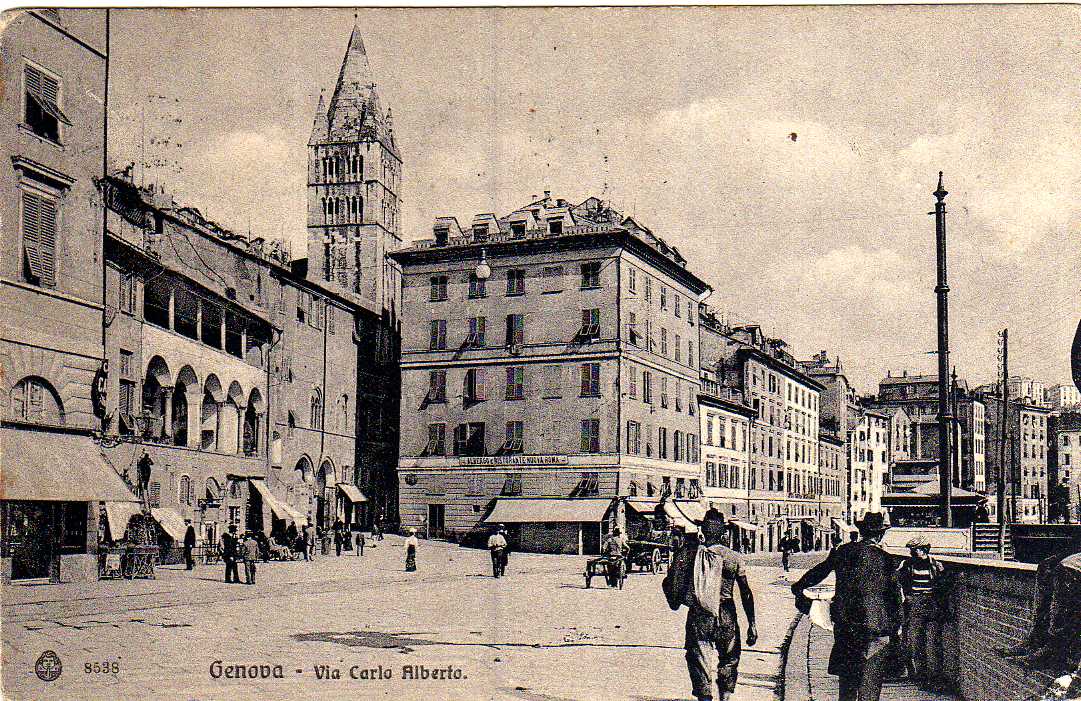 Its buildings form a compact tangle, however the Pré district, though surrounded by crucial roads for traffic within the city, still retains its old appearance.

For a long period in the Middle Ages the area remained outside the city walls, which in 935 excluded even Maddalena as they only stretched as far as the S.Pietro in Banchi door. It was partially outside the Barbarossa walls built in 1155, which only included via del Campo and ended at Porta dei Vacca. The district was absorbed when the walls were widened between 1346 and 1358. Even S.Agnese and Carmine were included. Not far from Pré these areas are today included in the city.

Via di Pré was the name of a road segment leading from the west to the city’s doors. It had primary importance and traffic was intense in both directions. It became the throbbing heart of the district that was developing around it. Like many other areas, even Pré was closely connected to the provision of specific services for travellers. Only one step away from the ripa, the area’s inhabitants were also probably engaged in activities related to the port, as even today you can spot iron props used for holding oars. The wall surfaces and bricks emerging from the plaster of various buildings, which have been left on purpose so that they could be seen, are the evidence of how ancient the street is.

At the western extremity of via Pré you will find piazza della Commenda, the location of the S.Giovanni di Pré complex (1180). A countryside area in the past, it used to host the Santo Sepolcro church, supervised by Canons Regular who built a complex next to it in order to assist pilgrims coming from the west and marching to the Holy Land. When at the end of the 13th century the Holy Land fell and pilgrimage became more difficult and less frequent, the building was used as a hospital: it was transformed into a Commenda, i.e. a medical home.

The district also includes the area of the Jewish quarter. In the 16th century, the French governor – the city was under French domination at that time – obliged the Jews living in Genoa to wear a distinctive sign coloured in yellow on their clothes, but after the 1630 plague they were encouraged to settle in the city, so they could support its economic growth, and the ghetto was built in 1660. The area involved was close to via del Campo: vico del Campo, piazzetta dei Fregoso and vico Untoria. 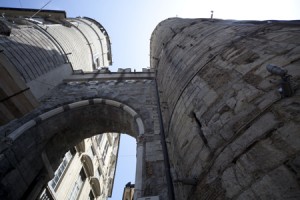 From Porta Sottana (or Porta dei Vacca), at the intersection between via di Pré and via delle Fontane, the route is called via del Campo, which leads to Fossatello, where the district borders on Maddalena (see “La Maddalena: Strada Nuova and the palazzi dei Rolli UNESCO World Heritage Sites”). In via del Campo, where today the Via del Campo 29R museum dedicated to Fabrizio De André is situated, a column was built in the 17th century as a sign of scorn for Giulio Cesare Vachero’s evil deeds: he was beheaded for plotting against the Republic. His properties were confiscated, his house was demolished and his children were forced into exile. Later on, the family built a fountain – which still exists today – in order to hide the sight of the column reminiscent of those events.

Parallel to via Pré is the monumental via Balbi, connecting piazza della Nunziata to piazza Acquaverde, a square in front of the Principe railway station.

VIA BALBI AND THE UNIVERSITY OF GENOA

The construction of via Balbi was approved by the government in 1602 and works were completed in 1619. The street – initially called Strada Grande del Guastato – was dedicated to the Balbi family, who financed the project and built a large number of buildings designed by architect Bartolomeo Bianco. Five of these buildings were listed as Palazzi dei Rolli, which have become UNESCO World Heritage Sites. The superb Palazzo Reale (10, Via Balbi) was included in this list. The name was given after the Durazzo family – who owned the building after the Balbi family – had sold it to the Royal House of Savoy at the beginning of the 19th century. The importance of completing Via Balbi was comparable to the birth of Strada Nuova, which had occurred about one century before. The nobility was gradually moving to less densely populated areas. Larger and more magnificent palaces were built in quiet areas far from the city centre.

Via Balbi established itself as a modern alternative to via Pré, which was too narrow for traffic. With the following inauguration of Strada Nuovissima in the 18th century – today via Cairoli – which joined via Balbi to the 16th century Strada Nuova – today via Garibaldi – the route leading from piazza Fontane Marose, in the city centre, to the area around the Prince’s villa was brought to an end. Rumour has it that Madame de Staël, impressed by the magnificence of the palaces, defined the road as worthy of a kings’ congress.